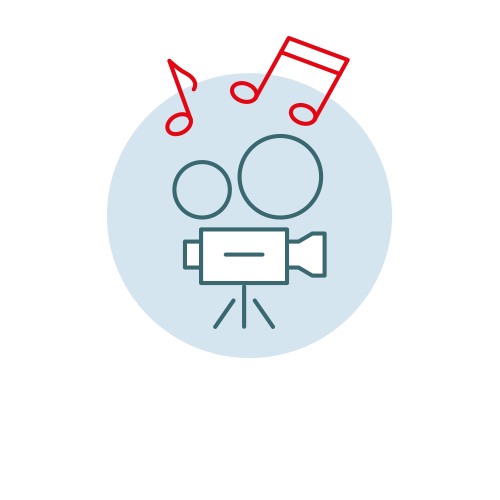 Digital technologies have not just revolutionized the creation of and access to cultural goods such as media content, but have also made social discourse more democratic. Cultural diversity and opportunities for social participation in educational, cultural, work and leisure activities have increased.

This is associated with significant economic opportunities and also with the potential for developing cultural and creative skills that should be utilized. Art and culture should be made more visible and accessibility barriers reduced by using digital technologies. At the same time, traditional media must also play their democratic role in the digital environment.

The focus of digital development over the next few years will be on the reuse and further use of cultural resources, in other words copyright issues. Copyright law is currently being revised at European level since further issues have arisen and new licensing models have been developed since the last reform in 2001.

Digital games and social networks are now an integral part of children’s and young people’s lives. However, they – and their parents and teachers – must be made fully aware of the opportunities and risks associated with using the Internet. They need to be taught to take a careful and thoughtful approach to new media and their content. Society is facing new challenges as a result of the major role played by social networks as an information source for citizens and the associated spreading of reports that are not based on facts and are sometimes false. In addition, self-reinforcing mechanisms are created by search results being filtered according to the user’s previous online behaviour (known as the echo chamber effect). The issue is compounded by online hoaxes and opinions being stated as facts. Ensuring responsible media policy and promoting media literacy are particularly important here.

The restructuring of press subsidies in Austria is designed to take account of the digital revolution and the associated change in the way in which people use the media. The focus is on high-quality media products and the journalists who produce them. The favourable conditions in Austria, which is home to a wide range of press products, must be safeguarded.